Black-hat search engine optimization may be broadly defined as any technique designed to increase a website’s ranking in the search engines that violates its terms of service. By contrast, white-hat SEO refers to tried-and-tested techniques that are approved of by Google and other search engines. Additionally, you may also encounter the term ‘grey-hat’ when talking about certain SEO techniques that fall somewhere between the two.

Google makes it clear what it wants webmasters to do when it comes to optimizing their websites and content for the search engines, and its Webmaster Guidelines clearly define which tactics you should use and which ones you should avoid. The world’s second-largest search engine, Microsoft Bing, has a very similar set of rules and guidelines. Failing to meet the standards laid out by the search engines can get your website penalized or even removed from the indexes entirely. Since the search engine results pages typically account for the vast majority of any website’s first-time traffic, it shouldn’t be difficult to see why you don’t want to end up getting banned.

Ultimately, black-hat SEO tactics exist to deceive both the search engines and website visitors in such a way that their exposure in the former is artificially increased. They have long been, and remain to be, the bane of the Internet. They are unethical methods used by unscrupulous webmasters (or spammers, more accurately), and in some cases they are illegal outright. However, as bad as black-hat SEO is, that is not to say that some strategies don’t still work. After all, the search engine crawlers are still far easier to manipulate than people themselves. 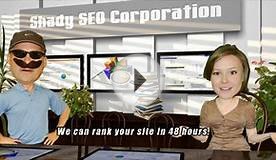 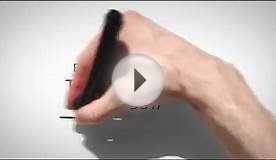 Blackhat SEO tactics - scrapeboxsenukevps.com
Related Posts
Categories
Latest Stories
SEO Expert blog Peter Hughes, Senior Manager of Search Marketing for Constant Contact If...
WordPress SEO plugin review WordPress SEO Plugins There are over 70 million WordPress-powered sites...
Top Tips for SEO To write a great meta description, HubSpot recommends: Call-to-action language...
Best SEO companies UK Looking for an SEO company UK? Over 70% of all purchases start in a search...
SEO companies in Arizona Your website is your window to the internet and will become one of your...
Local City SEO It wasn’t too long ago that ranking locally meant NAPs – create a lot of...
It's Interesting...