Since the Wild West days of the late 1990s, SEOs have been grouped into two camps – the “black hats” and the “white hats”. Over time, these distinctions have become little more than caricatures, cartoon villains and heroes that only exist in our individual imaginations, usually embellished to suit our marketing agendas. Even when grounded in specific tactics, “black” vs. “white” is a lot like “conservative” vs. “liberal” – the definition changes with the year and every person you ask, and that definition almost always comes loaded with assumptions and judgments.

Unfortunately, too many business owners still choose their SEOs based on the hat they wear, even when that hat only comes out on sales calls. So, I’d like to ask some better questions. There are real strategic and tactical differences behind what we often think of as “white” and “black” hat SEO, and those differences are what you need to understand to make the right choices for your own business.

This Isn’t About Ethics

While we generally think of ourselves as “white hat” here at SEOmoz, I’m going to put ethics aside temporarily for this post. I will assume that, when we say “black hat”, we’re not talking about outright illegal behavior (like hacking into someone’s site). We’re talking about willfully violating Google’s rules to improve your ranking. While I do believe there are ethical implications to cheating the system and harming search quality, this post is intended to be an honest look at the real choices you face when choosing an SEO path.

The first question is – are you going to pursue “high-value” or “low-value” tactics? I don’t want to replace one hopelessly vague duality with another one, so let me define my terms. By “value”, I mean the value that these tactics provide to site and search visitors. We sometimes call low-value tactics “spam”. It’s not usually illegal and it’s not always even unethical (depending on your point of view), but it’s always done specifically for SEO purposes.

Here’s an example – linking all of your client’s sites back to your own site with keyword-loaded footer links. I wouldn’t call this unethical, but it doesn’t add value and, frankly, it’s just too easy. Google knows this, and they naturally devalue those links now (in extreme cases, they might even penalize the target site).

There’s a more fundamental problem, though, in my opinion – low-value tactics don’t build anything toward the future. Once they fail, and they usually do, you have to start over and chase some new low-value tactic. Here’s an example – let’s say you get links back from all of your clients in low-value footer text, and your one-way link network looks something like this:

Link “juice” is flowing, and all signs are green. Then, one day, Google pulls the plug on this particular low-value tactic. What are you left with? 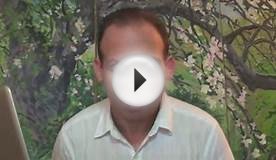 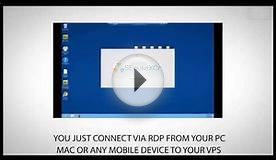 Definition Of Black Hat Seo
Related Posts
Categories
Latest Stories
Ethical SEO Services Framing is when you use language to set the agenda. Framing is short for...
Best Tools for SEO I now have the pleasure to announce the results of probably the biggest...
Local SEO Chicago Today, 95% of users search on mobile devices, tablets, and smartphones...
SEO Specialist Company The factors that play a part in search engine optimization (SEO) are constantly...
Pittsburgh SEO Consultant Since Google makes up a majority of the search engine traffic in the US...
Best SEO Friendly WordPress Themes SEO is an ever-changing thing, but with the right tools, you will always...
It's Interesting...

Search experience optimization (SXO) refers specifically to the user’s experience, and is defined as the website optimization process which encompasses all of the following:
Entry of the initial search query
Selection of the the most relevant resource served up by the search engine
Navigation of the website, to arrive at the desired...